HUMMINGBIRDS: MAGIC IN THE AIR 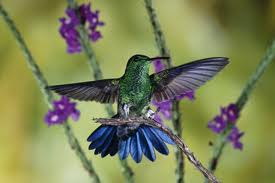 PBS (channel 13 here in NYC) did a stunning documentary Nature program about the magnificent hummingbird.  The bird's uncanny ability to hover and fly backward make them like no other bird.  They are not just little "jewels" who dart in and out of our lives in moments.  Although elaborate feathers dazzle us with appeal.  Their behavior have experts in the field almost considering them insects -  except that they are birds - because only insects have the ability to hover.  These powerful birds are nature's tinest mammals with wings.  But make no mistake about it they are smart, powerful, feisty and will defend their territory to the death. 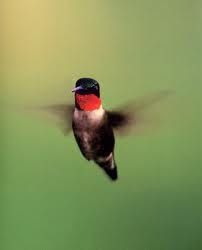 Their eggs are about the size of a tic-tac.  OMG!  Can you imagine?  A fascinating fact is that the shape of their beaks - which can be up to four inches long - are determined by the shape of the flower from which they seek nector.  The longer the head or bell of the flower, the longer the beak of the bird.  They do have help, though, because flowers do intice these little guys and gals with their sweetness buried deep within.  So the bird has to almost bury themselves to have at the syrupy goo from the gods.
Hummingbirds need an enormous amount of nector, about 1,000 flowers from dawn to dusk per day, and due to the lack of protein nectar offers, they eat a host of insects from flys to gnats.  Their wings flap about 200 per seconds - yes, that's right SECONDS.  And because of their high metabolism you would think that they would die in their sleep 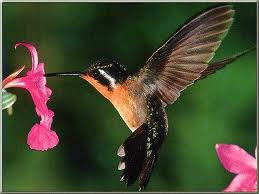 , but nope.  Their bodies go into a type of hybernation at night.  This lowers their internal temperature and allows for adjustments to match the outside temperature.  Then when the sun rises, so does their temperature and off they go.  It's truly fascinating!  Another interesting fact is that hummingbirds are native to the Americas, especially Peru.  So, if you are an avid bird lover and have a backyard feeder like Reena over at "missing moments," bird watcher or just enjoy our brillant, dazzling-colored feathered friends on the quick as they dart in and out of our lives in seconds, you can order the DVD and see this remarkable show.  Just go to www.PBS.com.

The hummingbird may be a small bird, but they touch our souls in a very big way.  True giants in the animal kingdom.

Charmingly Posted by bobbybegood1 at 11:13 AM 11 comments: 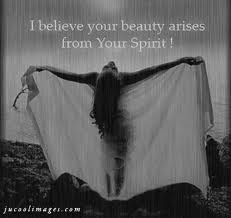 Many people spend their entire lives scripted in , conditioned for that one big adventure or experience that will give meaning to their lives

Only, life doesn't work like that most of the time

Experiencing special times as when two or more souls meet -briefly - however, and make sincere, heart-to-heart exchanges matters most significantly

Never think for a moment that your genuine, authentic self doesn't have the ability to reveal the pathway, point the direction, that moves you along an upward spiral

Time and space cease to exist sufficiently, unbeknownst to strangers to become friends - in that brief moment

Self-awareness and personal security come when you suspend your own paradigm, step out of your own frame of reference, and into another's to see (spiritually) in them something beautiful and lovely

CHEERS!!
Charmingly Posted by bobbybegood1 at 11:54 AM 4 comments:

IN ORDER TO CHANGE, THERE HAS TO BE A CHANGELESS CENTER/CORE WITHIN 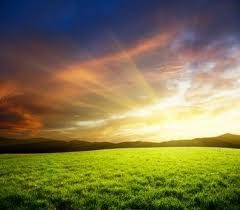 Life is full of possibilities!!!

This past Sunday I was pondering certain principles of life, natural laws - if you will, and I realized something amazing about myself.  No matter what adversity, obstacle or unfavorable circumstance or situation life throws at me, nothing but NOTHING can or will ever change the free-spirited, fun-loving, childlike little girl inside me.  I love life and no matter what, I remain a bright, cock-eyed optimist. "The glass is FOREVER half-full to me.

Now I know and certainly can understand how people can become jaded by life's problems.  But if we can just go deep within ourselves and find that changeless center, find that guiding principle albeit loyalty, passion, excellence, integrity, service to others, compassion, courage,  - whatever - and hang on to that, be grateful for that, I believe that things will get better. It's law.  What is your changeless core?
Charmingly Posted by bobbybegood1 at 1:20 PM 6 comments: 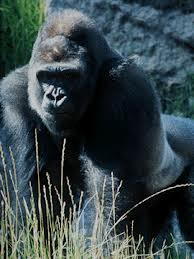 Ok, I am not a huge fan of primates, and I don't know why, even though we humans are closely related.  But I would rather be a fan to this primate than a fan of Donld Trump anytime.  I was watching Bill Moyers, host of Moyers and Company this past Sunday evening as he was interviewing Anthony Baxter, director of you have been trumped.  A documentary of Trump's latest take over.

He's (gorilla Trump) supposedly builiding the "world's greatest golf course" in Scotland over the objections of the residents of Aberdine, Scotland.  Trump's lastest conquest gives me the creeps.  What makes this more atrocious is that the Scotland Parliment has put their stamp of approval on this takeover and has allowed for the development of the golf course.  Trump organization has destroyed the ecological habitat of the sand dunes and surrounding delicate ecological environment.  Even more dangerous is the statement that Trump used to refer to the area residents of Aberdine as, "a national embarrassment."  Trump and his croonies have taking to turning off the water of an 86 year old resident, violating people's spaces (stating imminent domain), bringing in the police to harrass residents giving them no explanation, and having them arrested and thrown in prison.

In addition, as if it could not get any worse, the University of Aberdine has bestowed upon Trump an honorary degree.  Trump has become a "hero" to the elite - honoring his ability to make money rather than honoring the people who have lived in these homes for 50 or more years.  Giving credence to the 1 percent ruling and controlling and doing what they damn please over the other 99 percent.  I am appalled, disgusted, revolted,sickened and horrified.

This sets dangerous precidence.  Trump during an tnterview said, "I want to talk with a real jounalist - indicating his ignorance, disparaement and total disrespect of Mr. Baxter who is a bonafide journalist.  He started out in radio and also has worked for the BBC.  Talk about a condesending attitude.  Please, your thoughts are greatly appreciated.
Charmingly Posted by bobbybegood1 at 1:46 PM 7 comments: